So the video announcing the Switch Lite came out two weeks ago, but I'm not here to talk about that, per se. I did watch the video however, and I noticed some interesting things. Long story short is that this fall, Nintendo is going to release a watered down version of the Nintendo Switch at a price point of about $200 and lacking the IR motion sensor and the rumble features on the joy cons. The Switch Lite is a single piece of hardware, I guess it's easier to manage as a portable gaming device. So, the video started with an intro about what the abilities of the Switch Lite would be, and some very nice renders of the Switch Lite hardware. Then there was an abrupt stop in the video where the announcer, according to the captions, basically said, "And now, this."

The video starts out showcasing the Switch Lite as a mobile gaming device. Now, while I understand the market for mobile gaming and portable gaming, something about the vignettes struck me as odd. I've taken some images from the video to illustrate what I mean. 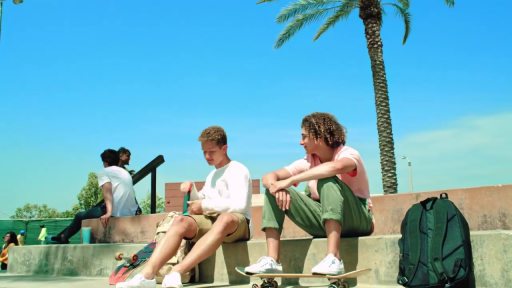 So, here we have two gamers that have met up at a skate park. And while it's not clear from the video, the fact that these two kids don't appear to have any sweat or signs of physical exertion seems to suggest that maybe, when you're a gamer, you just meet up in the middle of a very bright day to play games in the middle of a skate park. Eschewing places like coffee shops or libraries or anywhere else with air conditioning, or better lighting where it would probably be easier to view the screen. 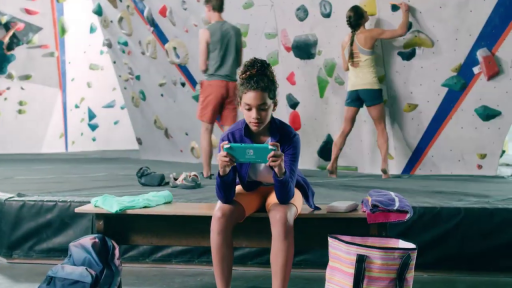 Along the same lines here is this girl, who appears to have been kitted out for the rock wall but abandoned the idea of climbing the rock wall in favor of playing her Nintendo Switch Lite. Not only that, but in a few moments she's joined by a friend and they fire up the loading screen for Smash Bros. Ultimate. 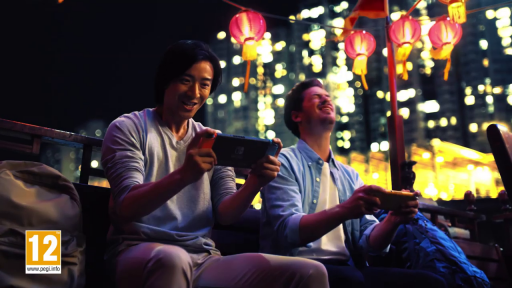 I have to say this is the most egregious example in the entire video and I did put a little more effort into making sure that this was as bad an example as I initially thought. Now if this were some riverside restaurant or somewhere on the dock, I could maybe understand this, but in this particular scene, from this angle, you can see that the background is moving against the gamers - so they're in motion. It looks as if there on some sort of scenic cruise, where I would think you'd actually want to look at what's going on. I don't know many of these that are free or just public transportation that looks as nice. 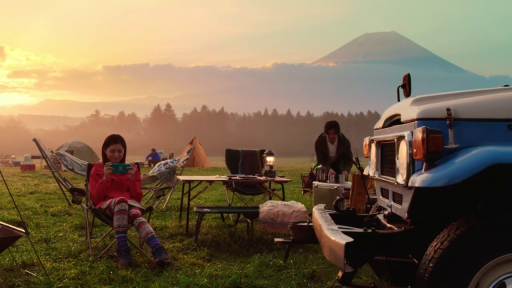 This one is definitely believable. Some people just aren't into camping and if you watch the scene then the male is definitely more into the outing, having brewed two cups for them. And maybe I'm just jaded now, but when I originally saw this, I thought that this particular scene could have in fact inspired the world in Breath of The Wild. 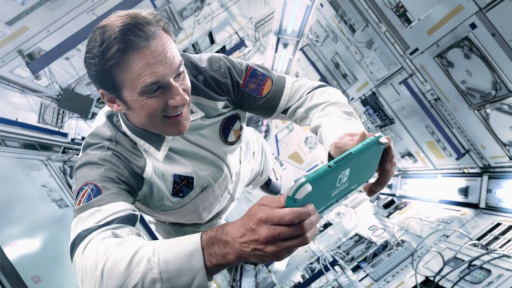 Maybe. But, really? Astronauts or space tourists would probably bring a Switch proper. I can't really envision a scenario where someone who is going to space just didn't pony up for a full Switch. And imagine that conversation, in space - "Hey you brought a Switch? Maybe we can play something!" "Ooooh... well... unless you brought one too, we can't." 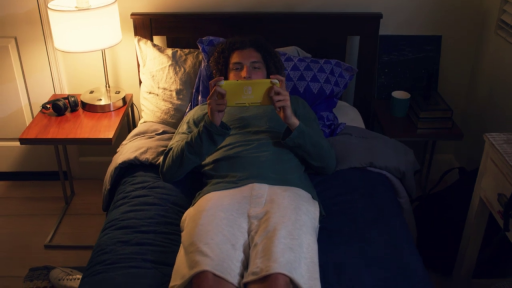 This is the most realistic scenario for the Switch Lite.